Casua together with AGA – Letiště won in 2004 and 2005 in public competitions for the reconstruction and the addition of the M. R. Štefánik Airport terminal. Subsequently, we cooperated on the documentation for the planning permit, for the building permit, for the selection of the construction supplier and for the construction. In 2008, the 1st stage was completed, which represents the departure part of the terminal (space for handling passengers and luggage on departure). In 2010, the historic terminal from 1971 was demolished, and as a part of second stage a new arrival section was built in its place, which together with the departure section created a new compact building.

The concept of the terminal solution was significantly freed up after the decision that the originally considered reconstruction of the old terminal with the subsequent addition will be replaced by a new comprehensive construction. This removed major spatial drawbacks in relations of the new construction to the old building with unsatisfactory parameters for the contemporary airport operations. The parameters of the new building were set according to the expected need and according to current standard of airport terminal buildings. The intention of the construction in its final phase was creating one distinctive modern building that will provide all the necessary functions. The building is designed as a simple rectangular form with a distinctive and progressive roof over the entire depth of the building. The roof is of a logical shape, which is enabling optimal dimensions of interior spaces, clarity and, to a certain extent, possible variability. The solution is based on the given situational possibilities of the existing place, mainly on the connection to the existing building, to the airport areas – operating service areas in the immediate surroundings of the building. The main facade with the entrance to the building is emphasized by a high transparent facade with adjoining public interiors, on the contrary, the airport side of the building, with regard to its orientation to the south, has higher space in the depth of the interior, in the transit hall. Similarly, other internal spaces are solved and thus form the basis for the external expression of the building. The public forecourt in front of the terminal, which meets the increased demands on the flow of the passengers, is protected along its entire length by a console at the height of the roof, reaching out to the edge of the newly created road. The spaces in front of the actual entrances are covered by suspended consoles – awnings, projecting and dividing the simple mass of the façade so as to prevent the influence of extreme weather conditions. A significant element of the volume is the boarding fixed bridges, along the entire length of the south, ie. airport facade. It is a system of mostly glass passages for departing passengers, situated above the service roads.

In 2011, this construction won the award of the Minister of Transport, Construction and Regional Development of the Slovak Republic in the “Construction of the Year 2011” competition for its contribution to society. 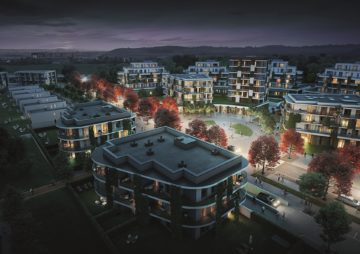 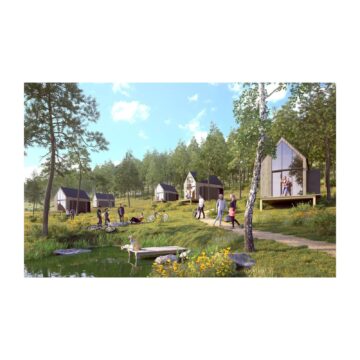 Project is dedicated to the planning study of Prachatice, Pod Cvrčkovem 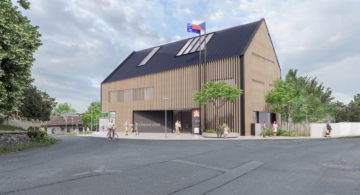 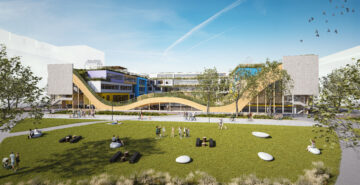 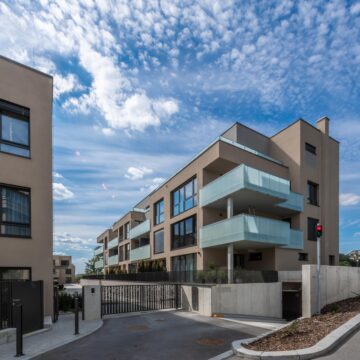