In the area A concerned there are two separate buildings proposed – the retail building and the stadium building, the corners of which are supplemented by the independently constructed buildings of the hotel, offices, fitness, and Imax. In the B area concerned, which is situated on the other side of the river, training pitches with facilities are proposed. Territories A and B are joined by a footbridge.

Along the river, in the area of the present bio-corridor, is proposed a green park area with leisure-time activities (footpaths, cycling track, in-line track).

Between the stadium and the retail building, a public area with greenery is planned. This is the area from which the main western stand is entered. This area opens up like a triangle from the park by the river and culminates in a monumental stairway leading to the area between the stadium and the retail building leading towards the underpass to the tennis courts and other sports pitches beyond the Gočár Circuit.

The proposal fully respects the territorial plan and the height level defined by regulations. The area merits a high dominant feature such as a tower hotel building on the corner. This plan is, however, conditional on a change in binding height regulations. 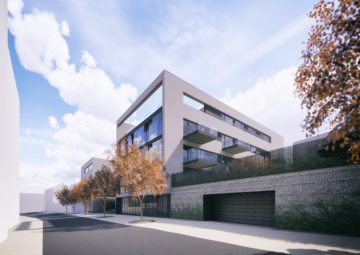 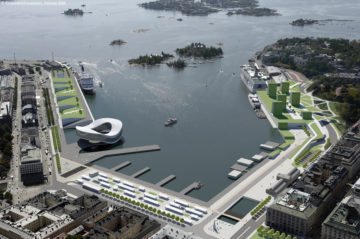 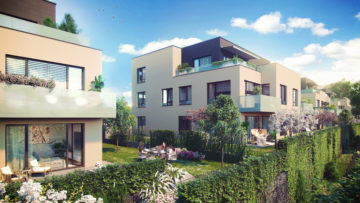